We had a lower turnout this week, but definitely heightened fun! 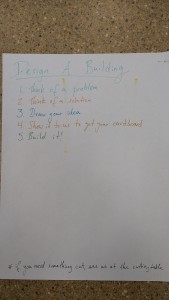 We introduced a more complex challenge that involved several steps. First the students had to identify a challenge they had in regards to buildings, houses, or rooms that they frequented. Then they had to imagine a solution. The final step of the initial process was to draw — or paper prototype — their initial solution on a piece of paper.

Then we gave each student some of the abundant cardboard we had collected from around town and the university. We had some pretty big pieces! The students took time building their designs, with Alyssa and Ben providing cutting assistance with exacto knives. 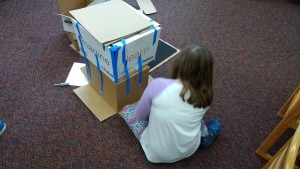 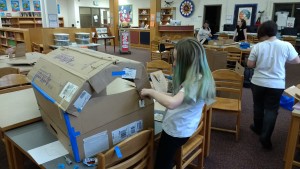 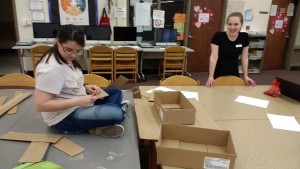 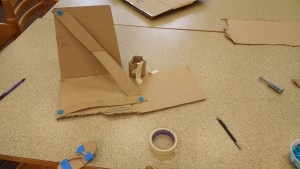 Some were lured in by the bigness of the boxes, while others took the natural shapes of cut-apart boxes to add to their designs. We were especially happy to see a mini-prototype and a full-size prototype of a seatbelt for a rocketship! That maker also pointed out that these materials were better, freer, and allowed for more imagination than the previous week’s toys did. 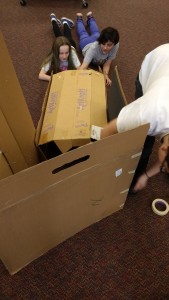 Again, students started collaborating once they were done with their individual projects.

Another challenge, another successful maker time! Check out the rest of the pictures at this Flickr album.