Today’s menu was paper flashlights and some more Hour of Code with Anna and Elsa. Wondering what a paper flashlight is? It’s just want it sounds like, a flashlight complete with on/off switch constructed from heavyweight paper, an LED, a coin cell battery, and some foam tape. 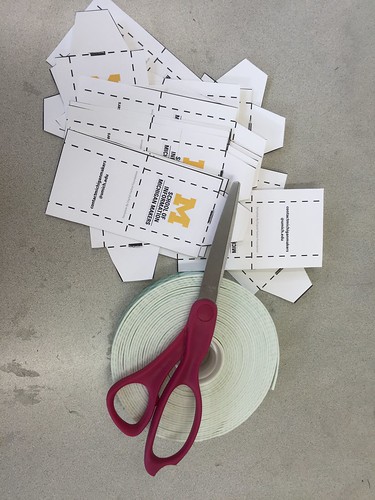 We only had seven 4th graders today since the 5th graders had left early. Initially, we thought we might have a little bit of struggle getting the kids to stay on task, but when we returned to the Hour of Code task, we were pleasantly surprised to see how much the kids remembered and how much more confident they were even in completing the more challenging activities which most of them had not reached in the first session. 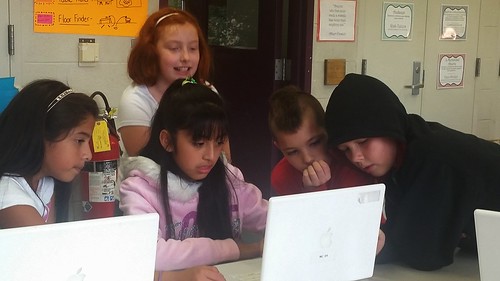 We challenged everyone to see if they could make it to the end of the session without getting help from anyone but their fellow 4th graders, and they were eager to take us up on the challenge (and they succeeded). One boy and one girl in particular really emerged as leaders in instructing their peers. At first, it was a little bit challenging for the boy to teach his peers rather than just taking control and completing the level. However, as time progressed (and with a little nudging) he really embraced the role of peer mentor, and the other students in turn became more willing to ask for help when they needed it. 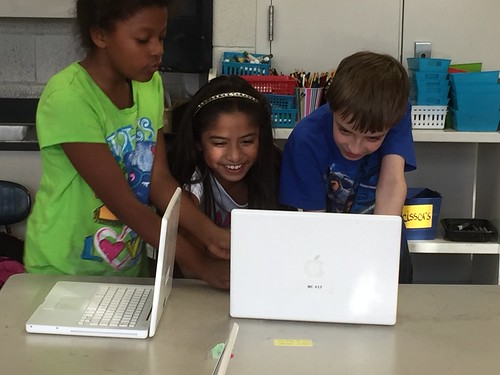 From our perspective as mentors, it was endlessly satisfying to watch the children helping each other with such confidence and care. Being able to step back from your role as instructor and allow the students to take on peer-to-peer instruction might seem risky, but it worked really well in the small setting we had today. And it was a real treat to watch! 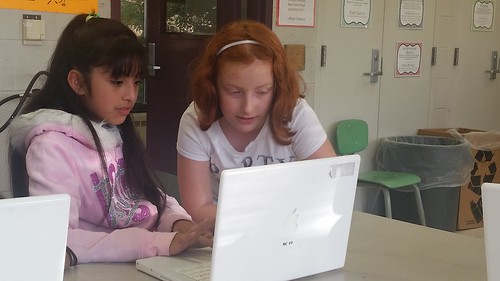